Thomas Sheraton together with Thomas Chippendale and George Hepplewhite were the  "great tree furniture maker" in history of England furniture. He lived in the 1751 to 1820, his furniture was highlighting the furniture industry in the end 18th until the early 19th century. As the last man he's lot learned from his predecessor, Chippendale and Hepplewhite. Sheraton furniture also much influenced and inspired by Louis XVI and Robert Adam.
Sheraton is known as the "master of the straight line". Most of his furniture are straight line, or slightly curved form. The straight square and flute tapered leg are used, impressing more to his simplicity.
He decorated his furniture with carving, inlay or hand painted although keep simple, straight  and light. His carving is simpler especially if compared with the Chippendale furniture. The common motif used are: lyres, ribbon, urns and flowers.
The Sheraton furniture most made of mahogany wood, although some other wood such as: beech and satin wood are also used. The contrast wood such as: tulip, birch, maple and rosewood  are used as marquetry and inlay decorative. While some other are decorated with dye or hand painted. 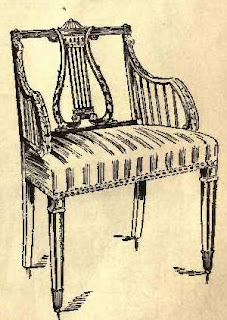 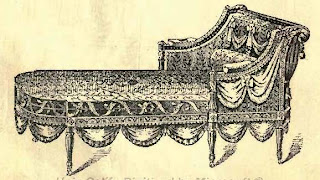 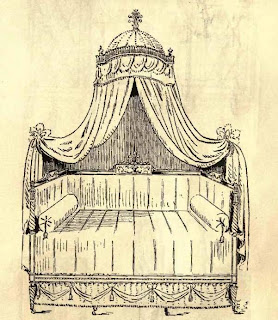 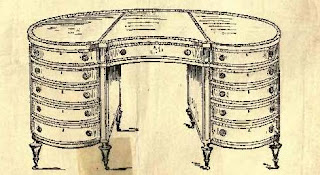 The reproduction of the Sheraton furniture is still made and marketed until today. The Sheraton style furniture with some modifications are still available in some furniture store. His book "Cabinet Maker's & Upholsterer's Drawing Book" and " The Cabinet Dictionary" are still used as reference by many furniture designer.