wisno 2 comments
It is the coating that is made with vinyl resin as the main ingredient. The vinyl resins is the resin resulted from the polymerization of vinyl acetate monomer. According to the name vinyl, there are many types of resins that can be classified as vinyl resins. The vinyl acetate, vinyl chloride, vinylidene chloride, vinyl toluene, are the vinyl resin. But the vinyl resin which is widely used to make furniture finishing material is the vinyl butyral, the resin made from the reaction between alcohol and vinyl butyraldehyd. To make the vinyl clear coating, vinyl butyral resin is modified with phenol resin, shellac or nitrocellulose to increase the adhesion and solubility. Lacquer thinner is added to the mix to reduce its viscosity. The ready to use vinyl coating is usually thin material (the solid content is about 12%). The higher solid content will be followed the high viscosity that make it is difficult to be sprayed. Vinyl clear coating can be used in combination with other types of clear coating such as: nitrocellulose, polyurethane or acid curing. 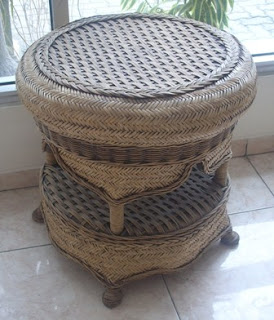 Vinyl clear coating is mostly used in the furniture finishing process to add the adhesion power of the finishing layer. This vinyl coating is usually used together with other clear coating. The combination with nitrocellulose or cellulose acetate butyrate will increase the adhesion power of the finishing layer. The problem of the vinyl coating is, it has high viscosity while the solid content is relatively low. It makes the vinyl coating is difficult to generate the finial with the thick film. Moreover his drying time is also relatively longer compared with nitrocellulose. The vinyl sealer is difficult to be sanded because it has relative low solid content and no sanding agent can be added to the mixture. The addition off sanding agent even though in small amount will raise the viscosity very quickly and then make more complicated in the application.
The film is formed from the evaporation of his solvent and can be resolved with his solvent. This film has less resistance to solvents compared with nitrocellulose clear coating. In the wood finishing, the vinyl sealer is mostly used for the wash coat or the first sealer then followed with the NC sealer and NC top coat. It it is recommended when there is adhesion problem with the finishing system. The vinyl clear coating theoretically can be combined with the PU clear coating or even AC clear coating. But however we have to do some test and trial to make sure it works well.
The vinyl sealer is also most used as the coating material for sealer sizing. The sealer size with vinyl give more flexibility for the next finishing process. It can be followed with any finishing system, polyurethane, nitrocellulose, or catalyzed lacquer.
The vinyl  top coat is rarely be used in the furniture finishing. Same as vynil sealer, it should a thin coat, the addition of matting agent will increase its viscosity. It is only used to finish some special species, such as finishing for: the rattan cane, bamboo, hyacinth, pandanus, banana leaf, etc. The vynil full system finish is merely used when the finish requires strong adhesion and does not require a thick film.