wisno 1 comment
Regence (French Regence) furniture style refers to the furniture in the France in the period 1715-1723 when the French was led by Phillipe D'Orleans because the Louis XV who should be the king was still too young. (French regence, wikipedia). Regence is French furniture style and also often called as French Regence to clarifie with the England Regency style which is an English style furniture refers to furniture style in England about 100 years later (1810-1837).
It was the era of transition from the Louis XIV and Roccoco which is straight, stylish and heavy to be more light and dynamic. The asymmetric forms, convex surface shape were used to bring the more light and comfortable but with more ornament. The flowers, shells, and natural motif with some eastern mythology (dragon or monster) are used to ornate the cabinet, commode and armoire. 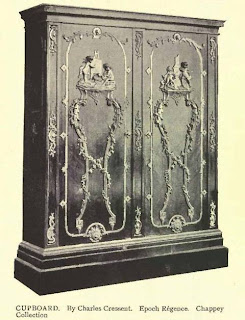 The French regency was also the era of the Goldsmith and the Metalworkers master. The gold and ormolu, metal accessories are widely used as an ornament in the form of asymmetrical scrolls, floral motifs and cockleshell. 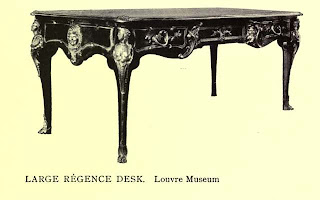 Regence chairs and sofa shows the evolution from the heavy and straight of Louis XIV to the lighter the sinuous shape and liquid form with more ornament. The chairs and sofas use the cabriole legs with curved backs, bulging panels and equipped with various ornaments. The upholstered chair back displays the carved wood frame in the form of lighter seat. The rectilinear uprights of the chair back and the plan of the seat quadrangular is persisted the longest of the chair or cabinet impressive light and liquid form. 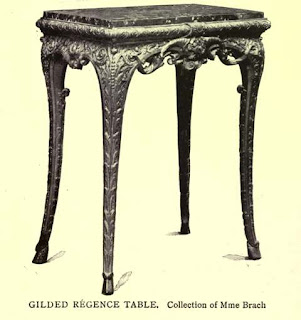 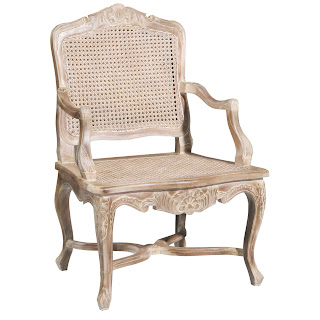